Sony unveiled the Xperia Z2 at the MWC 2014 in Barcelona. The phone is already being talked about as one of the best smartphones of the year. This Buzzle article gives you an in-depth look at the many features and specifications of the Sony Xperia Z2.TAGGED UNDER: Sony Mobile Phones

Sony Xperia Z2 Price and availability Sony Xperia Z2 is expected to hit the stores in April 2014 and carry a price tag of about USD 600.Sony found itself to be in an extremely enviable position toward the end of 2013. The Japanese giant had seemed rather frail in recent times since parting ways with Ericsson and going solo in the mobile business. The Xperia lineup was quite popular but didn’t really have a heavyweight to take on the other giants of the industry. Redemption came in the form of the Sony Xperia Z1. The smartphone packed with the most powerful processor available, expandable storage, and a fantastic drool-worthy camera, all encased in a premium-looking body built to weather the elements.

The Z1 soon went on to become one of the top smartphones of 2013. The company then backed it up with a smaller-sized Z1 compact. The only corners cut for this phone were a tiny bit of the screen real estate. After having tasted success in their last two outings, Sony is back and is hungry for more. They have now decided to up the ante with their latest flagship device―the Xperia Z2. Going by the phone spec sheet launched during MWC 2014 in Barcelona, the Z2 looks like a beast from a completely different planet. So, just how good is this formidable phone? Here’s taking a look at the specifications and the many features of the Sony Xperia Z2.
Image Source:blogs.sonymobile.com

Beauty with the power of the beast!The Xperia Z2 has the same all-glass construction as its predecessor. The phone has dimensions of 146.8 x 73.3 x 8.2 mm and weighs 163 g. That is just a tad taller and has a slimmer waist than the Z1 (144.4 x 73.9 x 8.5 mm, 169 g) and fits a screen that is bigger by 0.2 inches. The phone fits better in hand than the Z1, although one-handed usage is still reserved for people with gigantic hands. The front is occupied by the screen, with no features below it. Just above the screen are the sensors and the secondary camera that flank the company logo. The earpiece sits in a recessed gap, at the center, along with the phone’s edge—the aluminum casing around the Sony Xperia Z2.

A chamfered aluminum strip runs around the side and joins the two sides of the Z2. A lot is going on the right side, which houses the Micro SD card slot hidden underneath a water-tight flap, just below which you can find Sony’s trademark power button followed by the volume rocker and the dedicated two-stage shutter key toward the bottom. The left side, in comparison, is rather bare and has two pogo pins for charging at the center and the Micro SIM slot, and a USB port that sits under a flap. The top has the 3.5 mm audio jack to the left and the secondary mic for noise cancellation to the right. The bottom has the speaker at the center, while the eyelet for the phone lanyard is to the left. The back shines bright with the company logo at the center and the Xperia moniker toward the bottom. At the top-right is Sony’s G-lens camera that sits above the LED flash. Like the Z1, the Xperia Z2 comes with an IP55 and IP58 rating (waterproof and dust-resistant).

The phone is available in three color variants―black, white, and violet.

Editor’s TakeThe Z2 looks identical to the last-gen Xperia Z1, and we really aren’t complaining. The slimmer waist makes the phone a lot easier to grip. The phone feels solid in hand without feeling like a paperweight. The shatterproof glass body is beautiful and effective, as it keeps your precious phone safe from the elements.
Back to Top

Some serious processing muscle and loads of storage space.At the heart of the Z2 is a slightly upgraded Qualcomm Snapdragon 801 chipset with a 2.3 GHz quad-core Krait 400 processor. 3 GB of RAM ensures that there isn’t the slightest niggle as you multitask your way to glory. Storage too is well covered, as the phone comes with 16 GB of internal storage (about 12 GB user-accessible storage), which can further be complemented using a Micro SD card (up to 64 GB).

Buzz Rating:
Editor’s take the phone handles like a dream and is marginally faster than the Z1. We’re overjoyed at the sight of the rare Micro SD card slot that makes an appearance on the phone. The bumped-up RAM looks great on paper, but we’re yet to see any app that properly utilizes even the 2 GB of RAM on most flagship phones. Look hard enough, and you might find the kitchen sink in there somewhere!
Back to Top

Graphics and Display
A gorgeous screen that doesn’t love the sun.A beautiful 5.2-inch display dons the front of the Z2. Sony’s proprietary X-Reality powers the full-HD TRILUMINOS display for mobile for mobile picture engine. Sony calls it the Live Color LED, and the display with a pixel density of 423 ppm brings in excellent color depth and gradation. Viewing angles, too, are brilliant, thanks to IPS technology. The powerful Adreno 330 GPU gives the phone an even greater punch. Images and videos come to life on this display that is an absolute treat to the eyes. However, it doesn’t take well to the sun, though, as the sunlight legibility of the screen is average. The same sheet of scratch-resistant and shatterproof glass covering the back comes around the front to protect the display from accidental drops.
The 5.2″ screen on the Sony Xperia Z2.

Buzz Rating:Editor’s TakeNobody quite makes displays as beautiful as Sony does. The Z2 is an absolute delight to watch videos on, and graphics seem to pop out of the screen. It falls just short of being the very best display out there for its phobia of the sun.
Back to Top

Camera and Optics
The most powerful camera on an Android phone ever!The Sony Xperia Z2 retains the same camera like that on the Z1. It features a 1/2.3″ 20.7 MPG Lens with Exmor RS for mobile sensors. Sony’s BIONZ for mobile does a fantastic job of enhancing the detail in every shot. The Motion Detection feature of the camera, along with its high shutter speed, ensures that you get almost blur-free images even when the subject is in motion. You also have a 3x lossless zoom to ensure that you don’t always have to be close to the action to get that perfect shot. The main USP of the phone is its ability to record videos in 4K resolution, making it part of a very niche group. There’s also an advanced digital noise cancellation technology that helps you get the clearest images. The Z2 is loaded with tons of camera features like SteadyShot, Timeshift video, AR effect, etc., making photography an absolute delight.
The camera on the Sony Xperia Z2.

Buzz Rating:
Editor’s take this is undoubtedly the best camera to have graced an Android phone to date. 4K resolution is the future, and it is great to see Sony bring it into its flagship device. The Xperia Z2 has features that would put most point-and-shoot cameras to shame and even give some DSLRs a good run for their money. Now, if we were to get a 4K screen to go with it, life would be absolutely blissful.
Back to Top

Software and Customizations
The sweetness of KitKat and the bitterness of Xperia UI.The Xperia Z2 comes with Android v4.4.2 KitKat out of the box. There’s also Sony’s custom UI skin that comes with it. The phone comes loaded with other software goodies like WALKMAN and Movies, What’s New, PlayMemories Online, PlayStation, TrackID TV, etc. The phone comes with a host of connectivity options like Bluetooth 4.0, NFC, ANT+ wireless technology, Xperia Socialife, and Miracast.

Buzz Rating:
Editor’s TakeWe’s happy to see that the phone runs on the latest available version of Android. We aren’t really pleased about Sony’s ancient UI that seems like an eyesore on an otherwise gorgeous phone. Apart from that, the phone is very future-ready and comes with all the connectivity options under the sun. Alas, it does not let us send smoke signals, though!
Back to Top

Battery Life
An absolute powerhouse.The Xperia Z2 is powered by a beefy non-removable 3,000 mAh Li-ion battery. The company claims that the device has a talk time of about 19 hours. In daily use, you should be able to get at least a day of heavy use out of the phone before you go looking for a charger. The Xperia Z2 also has a unique STAMINA Mode which can supposedly increase the battery life by up to 4 times.

Buzz Rating:
Editor’s TakeMost phones these days can serve as a good paperweight by the end of the day, as their batteries die out before dusk. Thankfully though, Sony has once again decided to pack their flagship with a marathon battery that can chug along through the day and even smile back at you in the morning. We aren’t completely sold on the STAMINA Mode, but it should at least get an extra hour out of the phone’s battery.
Back to Top
Final Words

The Xperia Z2 is the best high-end water-resistant smartphone in the market today.
We wish the Z2 delivered on all the fantastic rumors that surrounded it. Nonetheless, it still is one heck of a device. Sony has once again come trumps with its flagship for 2014―the Xperia Z2. The phone looks and feels fantastic even without powering it on. The build quality is phenomenal, and the software onboard perfectly complements it. The real star of the show, though, is the brilliant camera with its 4K abilities. The only other real contender is the Samsung Galaxy Note 3, which shoots videos at 4K resolution. The Z2, though, is miles ahead with its superior camera. The recently announced Samsung Galaxy S5 comes with many bells and whistles but just doesn’t seem to have enough firepower to unsettle the Z2. Could we finally be seeing a shift of power? Does the Sony Xperia Z2 have what it takes to be the ultimate smartphone of 2014? Well, time alone will tell. One thing is for certain, though; the phone would definitely figure amongst the top 5 phones of the year. The phone surely packs the best of Sony and all other worlds too.
Value for Money
3 / 5

BUZZ SCORE:
Smartphones these days are packed with such powerful hardware that they would barely, if ever, get properly utilized in day-to-day life. The Sony Xperia Z2 currently leads the pack of the super-smartphones. We only wonder, though, do we really need a chainsaw to cut cheese slices? 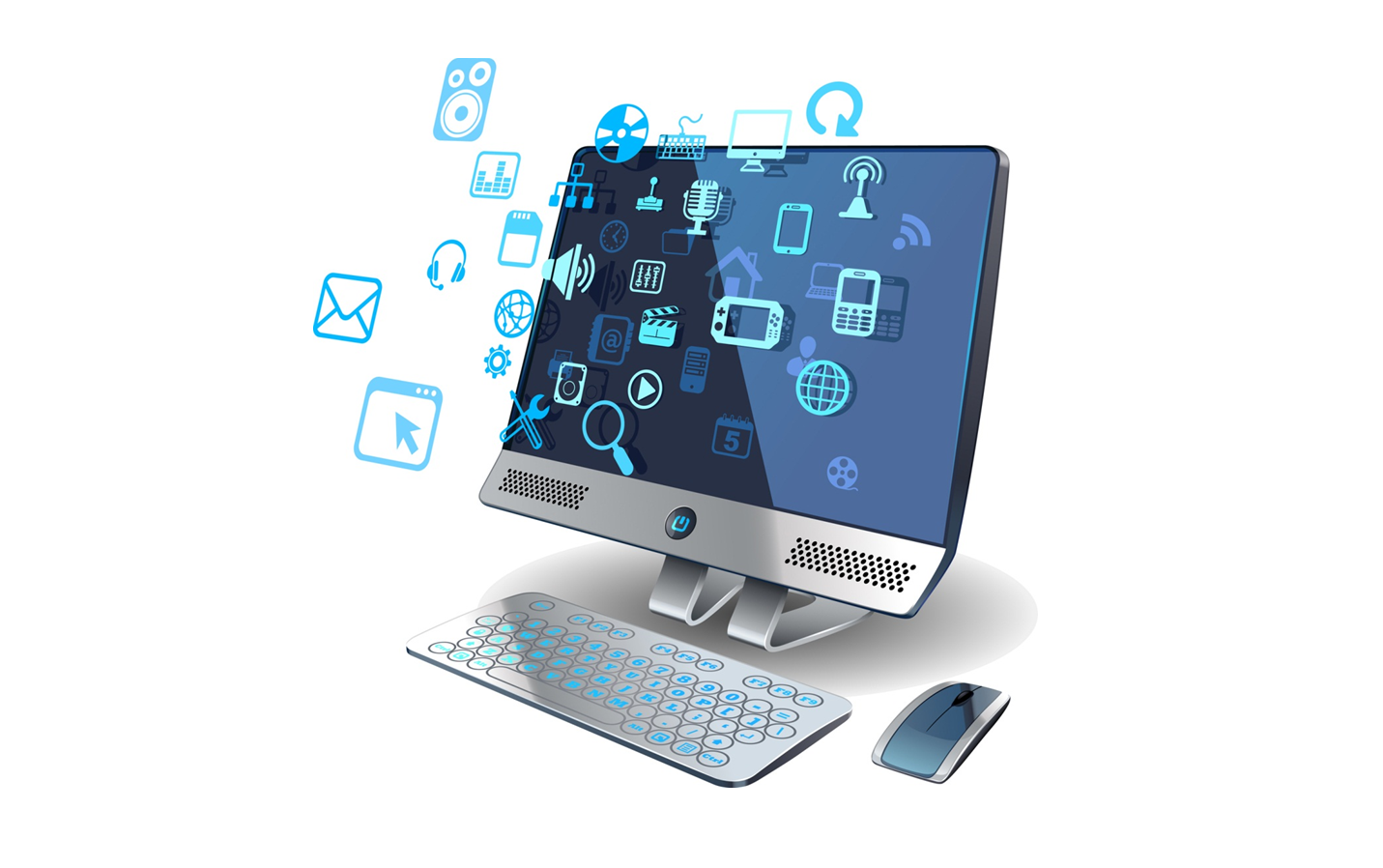