Timeline and History of the Walkman

Timeline and History of the Walkman 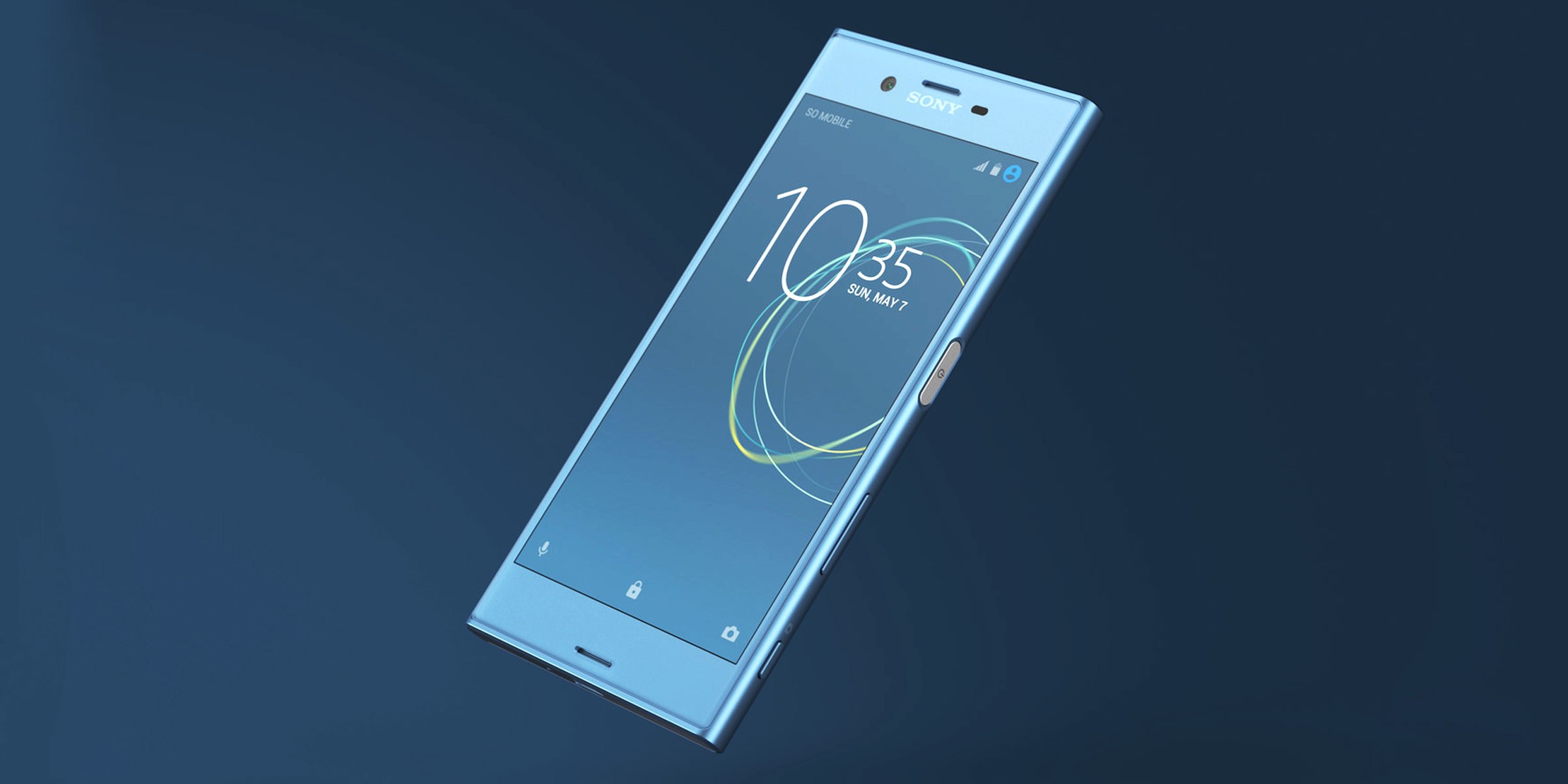 When and how was the Walkman invented? How did it get its name? What kind of promotional strategies were adopted to market the Walkman? When did the device start getting obsolete? Find out answers to all these, and more …
TAGGED UNDER: Inventions Consumer Electronics

Walkman, the portable stereo cassette player brand introduced by Sony in 1979, became a popularly loved electronic gadget across the world. According to Sony, who coined the term ‘Walkman’ for the device, the plural of ‘Walkman’ is ‘Walkman Personal Stereos’ and not ‘Walkmans’ or ‘Walkmen’. Sony’s intention behind this was to preserve their ‘Walkman’ trademark.

Time before the Walkman
In 1906, Lee Dee Forest, an American physicist invented the vacuum tube triode, which was a device that could amplify or switch electrical signals by controlling the flow of electrons in areas of low pressure. These vacuum tubes played special roles in the development of electronic technology, and was responsible for the success of television radar, radio broadcasting, etc. However, its major drawback was that the metal which emitted electrons burned out. Further, the tubes were too bulky and consumed a lot of power.

In 1947, three American physicists at the Bell Telephone Laboratories invented the transistor. The transistor proved to be a wonderful replacement for the vacuum triode, as it was smaller in size and generated less heat. Later in the late 1950s, portable radios were introduced. Besides portable radios, cassette recorders were also available at that time. However, they were expensive and were not designed for the common man, but instead were designed for journalists and people in similar professions. Home stereos and music players in cars were popular, however, no small personal players were available. In 1978, Sony introduced TC-D5, a tape recorder credited to superb sound quality and which was very user-friendly. However, this device was expensive and quite bulky, making it less portable.

Invention of the Walkman
Masaru Ibuka, the then Honorary Chairman of Sony, was a regular user of the TC-D5 and used it to listen to music during his airplane trips. He was bothered by the bulky size of the player and asked Ohga (then Executive Deputy President) to come up with a simple and portable stereo which he could carry with him on his trips. Ohga immediately contacted the general manager of the Tape Recorder Business Division, Kozo Ohsone and forwarded Ibaka’s desire of a smaller stereo. Ohlone and his team discarded the recording function from TC-D5 and came up with a device that produced stereo sound. They also attached large headphones and were pleased with the invention.

Later, Ohlone came up with a smaller version of this invention which worked on batteries and presented it to Ibaka. Ibaka was quite pleased with this small stereo cassette player even though it had large headphones. He showed the player to Morita (then Chairman of Sony) and told him how a portable cassette recorder would be a hit with the people. Morita agreed with Ibaka and was impressed by the fact that the device could be carried around very easily.

Morita asked Phone and his team to develop the same device they made for Ibaka for the market as well. However, the price had to be below ¥ 40,000 with no compromise on the sound quality. The team not only worked on cutting the cost of production but also worked on the reduction of the headphone size. Eventually, they managed to come up with 50-gram headphone (instead of the 400 grams one earlier) within the required price range. And on June 21, 1979, the Walkman was released into the market for the general public.

How did Walkman get its name?
Before the product was launched, there was a lot of debate on which name would be appropriate for the cassette player. The phone came up with the name Walkman. However, the management didn’t seem to like it. They feared that this name would not catch on in the US and the European market (since it sounded like a Japanese translation). Several other names were suggested for this product, such as ‘Walk’, ‘Roundabout’, ‘Stowaway’ and ‘Freestyle’. However, no name adhered to the player like the Walkman, and so the management decided to go with it. And the irony lies in the fact that in 1986, the term Walkman entered into the Oxford dictionary and is a word to describe a cassette player!

Entry Barriers and Promotional Strategies
Before the Walkman could enter the market, its image was tarnished by the press, who stated that a cassette player without a recorder was useless and would be a failure. However, Sony turned a deaf ear to all the negative comments and focused on releasing their product. Sony’s management did not want to introduce their product in a conventional way. They avoided promoting their product via the traditional introduction to the press, and instead went the extra mile and arranged a bus tour for the journalists. The journalists were ushered into the bus and were each given a Walkman to listen to.

The bus took them to a garden, where they were asked to put on the headphones and listen to the explanation of the product. As the journalists listened to the explanation, various staff members and young people hired by Sony carried out demonstrations of the product, such as listening to the Walkman while walking, cycling, skating, etc. This innovative method allowed the journalists to experience the extraordinary audio quality of the Walkman personally. The journalists were taken aback by this innovative method of introducing the product, nevertheless, they played along. They liked this new product that allowed people to listen to music of their choice anytime and anywhere.

Even though Sony had managed to impress the journalists, they were able to only sell 3000 units by the end of July. Sony didn’t give up, and instead pumped up the promotional activities and got the staff to travel in trains to advertise the Walkman. Moreover, Sony had decided to target youngsters and thereby hired young people to walk around Ginza in Tokyo with Walkman Personal Stereos. These young people were instructed to allow passersby to try it out for free and personally experience the audio quality of the device.

The Sony management even got hold of young pop stars to pose with the Walkman and published their pictures in magazines, thereby adding to the product’s popularity. The management resorted to publicity through word-of-mouth and demonstrations, rather than the conventional television advertisements. Their out-of-the-box thinking spearheaded the product’s success, and by the end of August 30,000 units were sold out. Thus, began a series of large orders for the portable music cassette player.

Sony and the Stereobelt Conflict
Sony’s journey wasn’t all smooth sailing, and in 1980 itself they were confronted by a lawsuit filed by a German-Brazilian, Andreas Pavel. Andreas claimed that he had invented a portable cassette player called ‘Stereobelt’ way back in 1972, and had even approached renowned electronic manufacturers (Yamaha and Phillips) with his invention. However, the manufacturers rejected the invention on the grounds that the public would not prefer to listen to music outdoors via headphones. Disappointed, Andreas then filed a patent for his Stereobelt first in Italy (1977), then in the US, UK, Germany, and Japan (1978).

The legal talks between Sony and Andreas began in 1980, and finally six years later Sony agreed to pay royalties for every Walkman sold in Germany. However, they did not acknowledge Andreas as the inventor of the product. Andreas was not satisfied and he initiated another series of lawsuits in 1989. In 2003, Andreas threatened to file infringement lawsuits in all the countries where he had filed for patents. Sony finally agreed to resort to an out-of-court settlement with Andreas and signed a confidential contract in 2004. The details of the settlement are not known, however, some sources say that a sum of $10,000,000 was paid to Andreas along with ongoing royalties for specific Walkman models. The settlement granted Andreas the recognition as the portable stereo cassette player’s inventor but also comprised the clause that Andreas could no longer file lawsuits against Sony.

Competitors
Sony faced stiff competition from the early ’80s itself. US companies like Sears, JC Penney, and Radio Shack came up with their personal stereos. Further, another audio company from New York came up with a personal stereo that even featured television audio reception. Sony started feeling the pressure and worked on reducing the size of the headphones and improving the sound quality. They successfully came up with the WM-2 model (small metal cased version), which went on to become Sony’s most popular and successful Walkman, with a sale of over 2.5 million units.

By 1983, Walkman had become a craze and anyone and everyone was buying one. The varieties of the Walkman mushroomed rapidly with players ranging from $25 (disposable) to $200 (professional quality). Later Sony and Panasonic came up with a Walkman with two cassette drives, thereby enabling the listeners to listen to one cassette immediately after the first one ended. By 1985, Walkman models were improvised and featured graphic equalizers, which improved the sound quality to a great extent. Auto reverse features were added to make the device more user-friendly. Panasonic came up with the thinnest version of the Walkman called the ‘Radio Card’.

Decline of the Walkman
1986 marked the beginning of the farewell for the popular Walkman. Sony came up with the upgraded version of music player, called Discman featuring a compact disc. This new digital medium along with its incredible sound quality lured the public. Sony, which has been the market leader in the portable stereo player segment decided to retain the name Walkman for their compact disc version and scrapped the name Discman.

However, the Walkman did not lose popularity instantly, the reason being that most of the music was available on cassettes only. Consumer CD recorders were also not available at that time. In 1989, 10 years after Sony had launched its first Walkman model, the number of Walkman Personal Stereos that had been manufactured by the company was beyond 50 million. This figure reached 100 million in 1992 and 150 million in 1995.

Walkman paved the way for portable stereos in the electronics market and was a product dear to all. Technological development has caused cassette players to become obsolete. However, despite the decline, some deluxe models are still sold in countries like South Korea and Japan.